The MS 241 by Stihl has been one of the most iconic and practical tools in any logger’s work belt. But since you’re here it’s likely that you’ve heard that Stihl MS 241 discontinued. If this news has shocked you, then take a deep breath. I’ll discuss why it’s happened.

There’s still no official statement from Stihl to explain the reason for its discontinuation. But according to most experts, it has progressively been closed down in place of MS261 due to mainly manufacturing costs.

Well, it’s believed that the major cause of this is that the cost and power of both are so comparable. However, most experts also express their perspectives on other factors. I’ll go through some of the major reasons to give you clear understanding.

The Stihl MS 241 was discontinued because it just couldn’t keep up with the demands of the average user.

Though it had a 2.3 kW engine, which is quite powerful for a handheld chainsaw. But when you’re trying to cut large volumes of wood, it just can’t do it. This saw is best suited for cutting six or seven cords of firewood roughly. And if you’re looking to fell trees or take down a large tree, this isn’t the machine for you.

The MS 241 is a good tool for the occasional user who wants to cut some firewood or take down a small tree. It’s not meant for heavy-duty use.

When Stihl released the MS241, it was a game-changer. But not everything is perfect and with time change is inevitable..

Despite its lightweight design, there were a few issues with this model that made it less than ideal for some users.

One of those issues was its fuel capacity, which only held 12.5 oz., making it difficult to get through large jobs without having to refill or refuel multiple times throughout your day.

People are working with more wood every day since before, which demands more fuel. And the majority of the heavy woodcutters who reviewed the MS241 found it inadequate for their needs,

Engine is Not Environment Friendly

The Ms241 is one of the most popular models of Stihl, the best manufacturers of chainsaws. However, this model has been discontinued. One of the major reason for this is that it’s not environmentally friendly.

Sadly, the Ms241 does not have an engine that is both environmentally friendly and very efficient. This sawchain can operate for a comparatively good amount of time which results producing more harmful pollutants.

When you use this model, you can expect that it will produce more carbon monoxide than other models of Stihl chainsaws. This means that it will be heavier on your wallet as well as on our environment

It’s true that when the Stihl MS241 was discontinued, we were all pretty bummed.

There’re lot of folks who use theirs 241 for like cutting down trees or brush—and they’re always happy with it.

However, this chainsaw was discontinued is because it has a smaller-than-average engine size and this opinion is believed by most of the experts. Its 42 cc engine means that it can’t cut through large pieces of wood with lots of knots and twists in them as easily as other models that have bigger engines do.

High production costs is another vital reason, which make it difficult to manufacture the 241. Stihl could manufacture models like MS261 for the same price which is considerably greater in terms of power, fuel capacity, displacement, and other characteristics.

Stihl is known for its high-quality products that are competitively priced. It’s no surprise that they have chosen to discontinue MS 241 in order to focus their efforts on producing higher-performing models that are more cost effective.

What’s the Best Replacement for MS241?

Well, the MS261 is by far the best and it resembles the MS241 in a few ways. After all, they’re both manufactured by Stihl and they’re both chainsaws that were designed for felling trees.

So, what makes the MS261 different?

The most obvious difference is that the MS261 has more engine power than the MS241 at 2.8 kW. It also has a larger fuel tank capacity than the MS241 at 16.9oz, so you can cut for longer without having to refuel.

The chain oil capacity of this model is also larger than that of its predecessor: 9.13 oz versus 7.0 oz, respectively. Overall, the MS261 is the chainsaw for you. It’s got plenty of power and fuel capacity to get the job done.

The Stihl Ms 241 is a 42.6 cc engine which means it can produce up to 42.6 cm3 (cubic centimeters) of air per second. Thus, you’ll get plenty of power for a wide variety of home tasks, but it’s also not so powerful that you’ll break your back trying to use it. It’s great for mowing the lawn, trimming hedges and bushes.

What is the maximum size of the bar I can mount on a Stihl 261?

The recommended bar length for 261 is 16-inch. Many people use 16-inch and 18-inch bars on Stihl 261; however, you might hear some folks mounting 28-inch bars as well which is harmful.

Stihl MS 261 is a medium-size chainsaw that’s available at $659.99. You can use it in all kinds of situations, including pruning, cutting firewood, and felling trees.

It’s a sad end to an iconic piece of equipment. And considering Stihl’s tendency for simplification and innovation, it seems practically inevitable that it would happen at some point. Those who have spent many years with the MS 241 will, however, regard this as a tragedy.

Since it’s clear that Stihl MS 241 discontinued, I suggest you try out the 261. It’s an exceptional saw that comes with plenty of power, if not more than 241. It’ll get your work done easily. A Stihl MS 180 chainsaw is the best wood-cutting tool for the homeowner or mid-level user. With a warhead weight of 8.6 pounds, you can consider this gas-powered chainsaw as medium-sized chainsaw. This chainsaw has a screw in the bottom part to adjust the oil. By turning it, you can adjust the required amount of… Chainsaws are versatile and valuable tools that help fall trees, prune branches or chop firewood. However, it is also an expensive power tool, and it needs regular maintenance to get efficient cuts and keep them running smoothly and safely. These tools need regular cleaning to remove old oil, sawdust, and sap from trees. By cleaning the… A search on the internet reveals that Stihl 461 saws are not available anymore. However, it is still being bought and used by people today. Thus, the entire situation is clouded with confusion. Nonetheless, the Stihl MS461 was indeed discontinued by Stihl as it wasn’t up to par with other chainsaws on the market. It… Recently it’s been circulating that the Stihl Ms880 discontinued. What’s the deal? Is this true or a rumor? Well, you’re not alone who’s confused, I was too! That’s when I started digging deeper into the research to know the facts. And this article will surely clear the air regarding this issue and bring some facts… 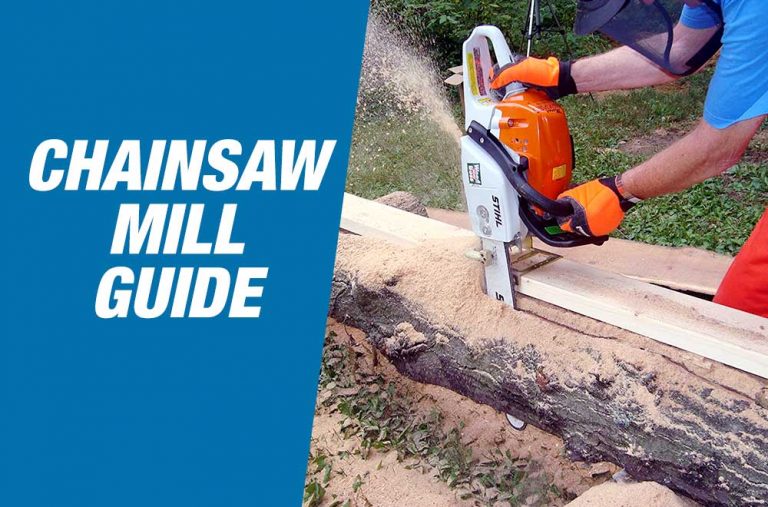 If you don’t know how to work with a chainsaw mill, you don’t need to buy a chainsaw mill. But if you have one, you should use it to save your money! Today, we have developed a fantastic chainsaw mill guide that will teach you the basics. But, even if you are a pro, you can… 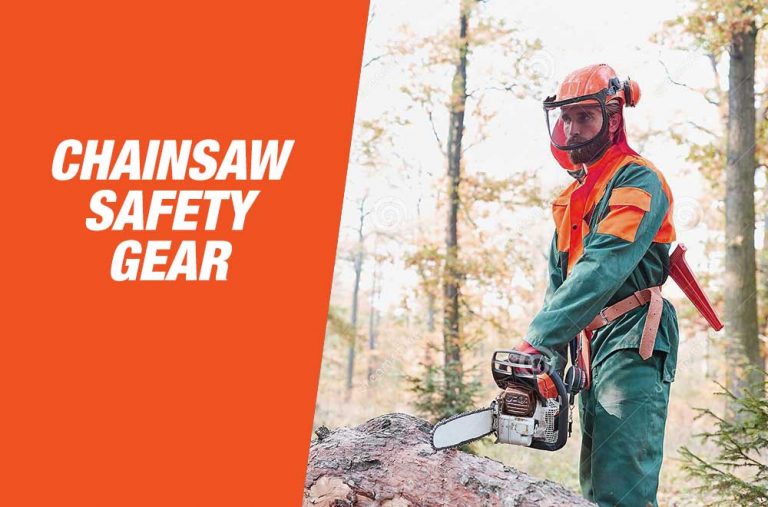 Chainsaws are powerful and valuable cutting tools without any doubt. They help to cut huge and thick trees. They also help in trimming and pruning. Moreover, you can easily make a tree fall on the ground using a chainsaw. So chainsaws are indeed mighty machines. Since they are powerful and have such capabilities, the chances…